I have walked past the San Cristobal in several humidors since they popped up in 2009.  I always chalked them up as a run-of-the-mill cigar with an old Cuban name.  What I didn't know was that they are a Don Pepin creation.  During our trip to Gatlinburg Tennessee last weekend, I picked one up from Smokezy Tobacco Shop.  So, was it worth the wait?  Let's see....

Construction: The Seleccion Del Sol is covered in a very nice red-brown sungrown wrapper.  Like most of Don Pepin's (and Pete Johnson's for that matter) creations it has a distinctive old world rustic appearance.  The veins were slight as well.  One of the things I was most excited to see was the blunted point....a true belicoso.  Most of the belicoso cigars you see these days are closer to a torpedo.  This cigar, however, has the traditional rounded point.  The cap was very well executed as well.

Pre-light Aroma and Draw: Out of the cellophane, I picked up a heady spicy tobacco aroma that was sprinkled with a bit of allspice and cinnamon.  It made my mouth water.  The cut was simple thanks to the previously mentioned rounded point and the draw was simply perfect.

Light and Burn: It's an unseasonably warm day in Ohio....61 degrees for November is crazy....so I sat outside.  The breeze made me retreat to the garage for a second to match light this baby.  It came to life easily and as the smoke developed I only had about three minor hiccups in the burn.  I attribute them to the wind more than construction issues.

Tasting: As expected, Don Pepin delivers a nice array of complex flavors with the San Cristobal.  I picked up  cedar, spices, cocoa, and a nice creamy coffee flavor that was simply excellent.  I believe that Don Pepin must enjoy sneaking flavors into his creations because I picked up several puffs that hinted at toasted marshmallow.  Truly exceptional.

Value: I paid around $9.40 for the Belicoso.  Not an everyday cigar price but worth it for the experience.  I have seen them about a buck cheaper online but most brick and mortar shops offer them at around that $10 tag.

Final Thoughts: I really enjoyed the San Cristobal.  It is a very nice cigar with a flavor profile that is a bit unusual compared with a lot of cigars out there.  I can easily recommend this cigar. 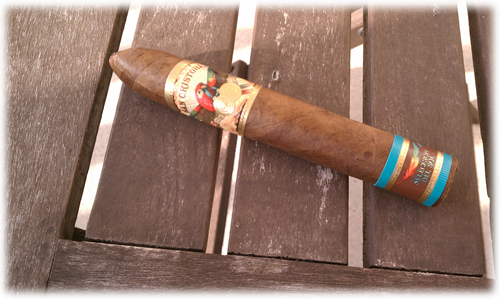 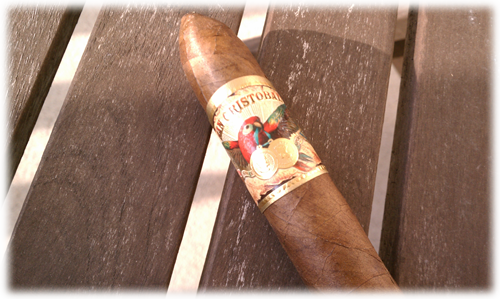 You can see that gorgeous belicoso taper with the flawless cap. 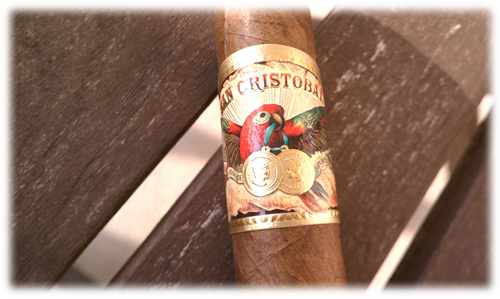 The band on this cigar is a work of art.  Even my eleven year old Son thought this one was pretty