There are holy grails in the cigar world.  Limited releases by Tatuaje, the Opus X, there are tons of them.  Often there will be a clamoring for a new regular release as well.  L'Atelier comes to mind, new Padron releases, that kind of thing.  The Liga Privada No. 9 was created as a private blend for the president of Drew Estate Cigars and since it appeared in 2005 or so, the Liga has been very difficult to find.  There is usually a land rush in online stores when they are in stock so finding them equates to needle in a haystack at times.  I was lucky enough that one of my friends at The Wharf, Matt, had a few in his humidor.  We opted for a trade.  I handed over a Tatuaje Black Tubo, which he hadn't had yet....and he proffered a Liga Privada No.9 Robusto.  Fair trade in my books!  Top shelf for top shelf!  How is this most holy grail of cigars?  Let's see....

Construction: Gorgeous dark almost black wrapper with a well executed triple cap.  There is a slight sheen around the seams of the cap where the glue was used but it actually adds to the look.  Overall very nice.

Pre-light Aroma and Draw: There is a nice spicy aroma to this unwrapped beauty.  The draw is spot on perfect as well.  Not too tight or open.

Light and Burn: I used two matches to light the No 9 and an additional one to touch it up.  After that the burn evened out perfectly with a nice white ash.

Tasting: Starting off the No 9 is spicy and very woody.  This is a full bodied powerhouse that should be treated with reserve by the novice.  There are some notes of something like cherry blossom in there.  Past the first inch the cigar takes on a very creamy profile that is just amazing.  There is so much hype behind this cigar that I was expecting a let down...boy was I wrong.  This thing is excellent.  One of the things I am amazed with is the smoke that pours from it even when not being smoked....Dense blue white clouds that are nicely aromatic.  There is a nice underlying sweetness to this cigar as well.  It's a slow burner too.  Into the middle third I get some black coffee as that creamy woody core intensifies with a slight burnt sugar note on the finish.  Into the final third the spice and strength pick up a bit.  Flavors continue to hit on wood, spice, and cream.  Overall, as I nub this beautiful creation into the ashtray, I feel like I have had another cigar epiphany.  Totally excellent.

Value: One of these babies will run you around $10 to $12.  Because of the high demand you might even see them going for more.  Overall, worth the coin...or in my case, worth the trade.

Final Thoughts: I can say I have had the Liga now....and when The Wharf starts carrying them, I will totally add them to my rotation.  While not the most stunningly complex cigar I have had in terms of copious amounts of flavors under one wrapper leaf, the Liga is the difference in a frozen meal versus home cooked.  The flavors are dense and almost overwhelming to the senses.  I can highly recommend this cigar and suggest that if you haven't tried one you should add it to your list. 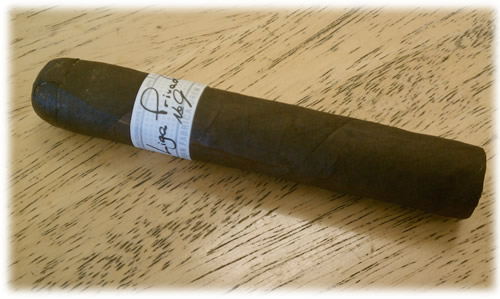 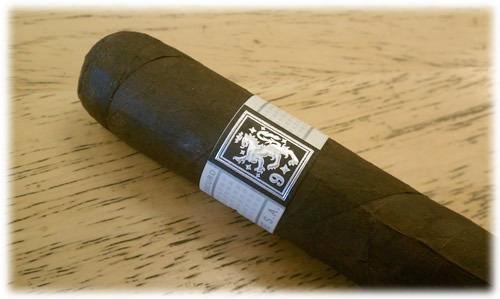 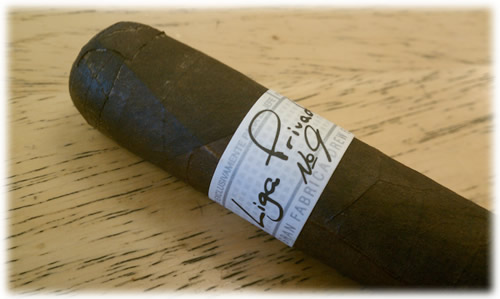