Guardian of the Farm Nightwatch Campeon

Another cigar I snagged on an uncharacteristic outing during this COVID mess is the subject of this review.  The Guardian of the Farm Nightwatch.  This one is a nice looking maduro sporting a leather jacket wrapper in the form of a maduro corojo leaf.  I can't wait to dive in so let's get smoking....

Construction: The wrapper leaf has some mottling on it here and there but otherwise this cigar is flawless.  No seams or veins and the cap is perfection incarnate.  A 109 style cuban cap makes cutting and smoking this cigar a breeze.

Pre-light Aroma and Draw: Out of the cellophane I get huge notes of sweet tobacco and cocoa.  That maduro aroma is all over this.  It reminds me of the Aganorsa maduros already.  Draw is spot on perfect.

Light and Burn: The unclipped foot fires right up but the thickness of the wrapper leaf did require a couple of touch ups along the way.

Tasting: Pepper right off the start.  Coconut and baker's cocoa with a nice smooth earthy core.  Oddly, it reminds me of Mallow Cups....those marshmallow cup candies.  Pretty awesome already.  Now, the original GOTF was easily one of the best I smoked last year.  I actually snagged a box of the Apollo lonsdale size and they were amazing.  This new maduro version is of the same exceptional quality with a spicier kick and deeper body.  It develops and maintains a creamy smooth character that the original had as well.  The first third ends by adding some sweetness to that earthy core while backing off on the pepper.

The middle starts off by adding a woodsy note in there that reminds me of a summer morning in the forest. A rich earthy leafy cedar note.  A really odd note of machine oil just popped in but as strange as that sounds I am reminded of my grandpa whenever that happens.  Notes of roasted nuts appear and mingle with the smooth character adding a salty cashew flavor.  An astounding cigar.

The pepper comes back into the limelight in the final third.  Something that reminds me of a barbecue pit pops in - a touch of hickory and some meaty savory notes.  I am getting a touch of nicotine here now and a strange puff of mint.  The strength is up there a bit closer to full.  All this while it has hovered around medium-full but as the cigar shortens it ramps up.  That nutty flavor is super noticeable too.  The flavors close out with a richness around that earthy core.  Overall a terrific sophomore effort for the GOTF.

Value: At just shy of $10, the nightwatch is worth the price for such a terrific maduro.

Final Thoughts: So the big question...is it as good or better than the original Guardian?  I have to say no...not better and because it is a totally different cigar it isn't as good.  It is, however a terrific cigar in its own right.  I probably won't do a box of these but they will be on my list when I am in the mood for a maduro.  Aganorsa and Warped both make amazing cigars and having smoked my way through both complete catalogs, the nightwatch could be my second go-to maduro after the Aganorsa Maduro Reserva 54. 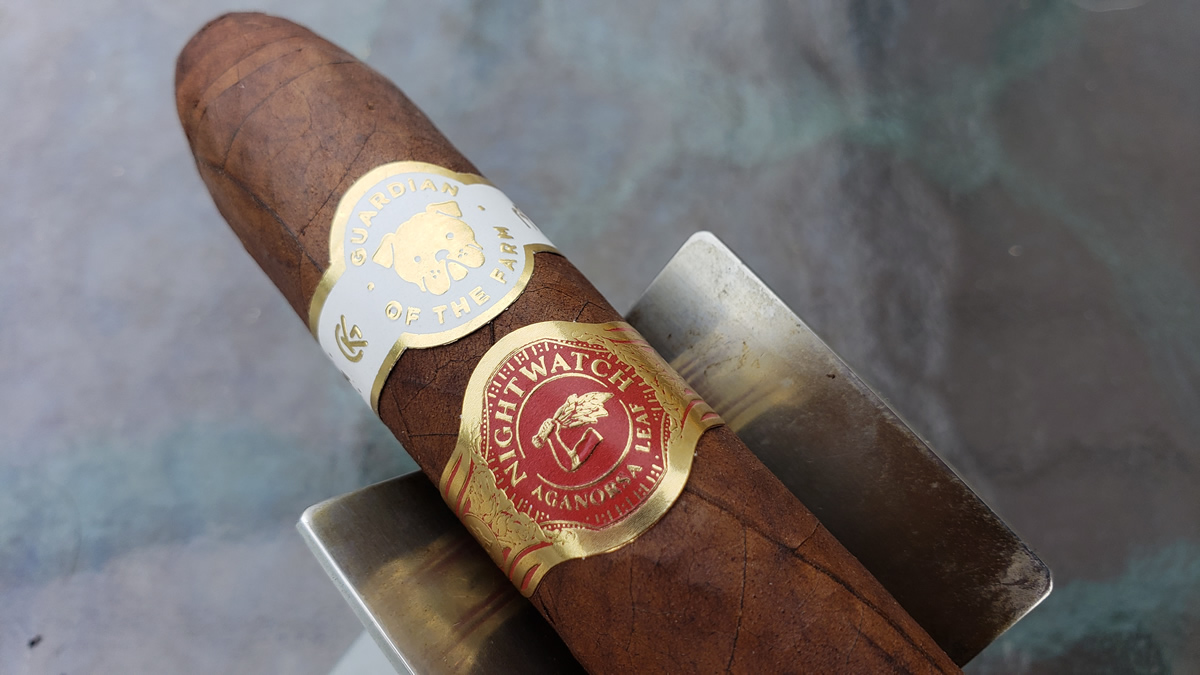 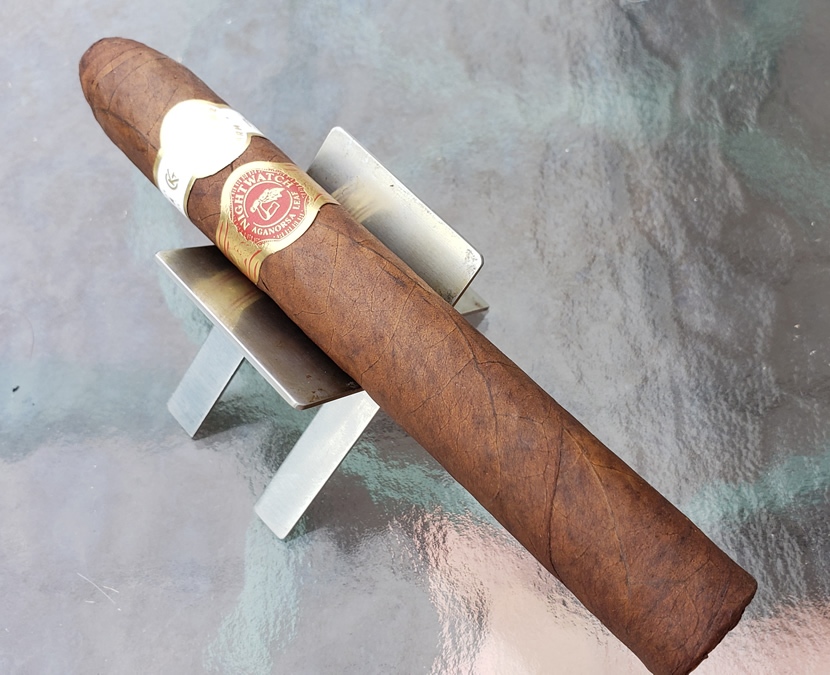