When this whole COVID junk started I realized I needed to resort to online purchases as my local shop, The Wharf, was closed for a large portion of time.  I poke around on several retailer sites daily looking for a deal and when these popped up I about freaked.  A cigar I had only smoked once - and loved at a price I couldn't pass up?  Yeah, so worth it.  I hoarded them and now I am down to number 13 in the box of that same number.  So it is with some sadness and almost hesitation that I put my last Sobremesa Brulee to the flame.  I am sure you have read about this or seen photos of folks smoking them so I guess I should sit down and focus on one and see just why I enjoyed these so much.  Let's get smoking.

Construction: As with every Saka creation she's flawless.  Smooth creamy wrapper with no seams or veins anywhere - a nice dark binder and filler.  The banding is exactly the same as the normal Sobremesa - the gold crown with foot band.  A thing of beauty with a slight heft in the hand.

Pre-light Aroma and Draw: Out of the cellophane I get the notes of hay, barnyard, bitter tobacco, and a sweet sugary note.  Draw is perfect, naturally.  The cold pull is wicked.  Sweet.  The tip of the cigar is sweet, folks.  Now, I have read other reviews that say things like sickly sweet, tastes like it was sweetened, etc.  And if you read interviews with Steve Saka he says it is all in the tobacco.  I am inclined to believe that.  It isn't like the tip of an ACID or even a Baccarat....but it is sweet and honestly, I like it in this instance.

Light and Burn: It's a warm evening here in the Ohio tonight.  Breezy too.  I stepped into the garden shed to light this cigar with matches and it performed flawlessly even in the windy conditions - something Saka should be known for.  He is an outdoorsy guy and all of his cigars smoke perfectly outside.

Tasting: Off the start the Brulee is a touch rough but after a few puffs it levels right out.  Notes of graham cracker, dry earth, light coffee, and a nice floral orange undertone that it really nice.  A retrohale is unmistakably vanilla wafer cookies.  A sweet cinnamon and peanut note is in there that is unusual - it has to be the spice of the blend mixed with the sweetness of the cap.  It's actually a peppery note when I really focus on it.  Strength is way higher than you would expect by looking at the cigar - but this is a Steve Saka cigar and that means leave your kid pants at the door.

The middle kicks up the nutty and peppery core.  Notes of cream, vanilla, and more coffee with a touch of Dutch chocolate show up and keep it interesting.  A nice creamy coconut note just hit me in the mouth.  The toasty peanut flavor really kicks up here too.  I imagine you are envisioning a cigar that is super sweet, loaded with a richness that would serve as the perfect dessert after a big steak dinner.  In part, you are right.  The flavors are rich and dense - but no, it is not a dessert cigar.  The perfect companion to a cup of after-dinner coffee or a bowl of chocolate mousse...and yes, creme brulee.  But it is not a super sickly sweet cigar by any means.  What it is, is a cigar you can smoke early in the morning with your first coffee of the day or, like I am, a cold brew coffee on the back porch near sunset listening to Paul Desmond.

The sweetness of the cap is almost gone at this point.  If the Brulee robusto has one flaw, it is the same as the regular Sobremesa....it ends to fast.  Notes of buttery graham cracker, butterscotch (it's not a huge note but it is there), a really interesting sweet pencil wood, more vanilla, lemon zest, and some nice leather play around that peanut and pepper core.  Very nice and as with the original Sobremesa, unusual and unique.

Value: Saka uses some super fine tobacco, folks...so the $12.45 price tag may seem steep for a robusto, but like every one of his cigars, you would be hard pressed to find a cigar more worth that price.

Final Thoughts: I admit, I snagged a box of these online for about half price (I paid $80 instead of $150) and I am constantly watching for the same deal again.  I love this cigar.  It isn't as brulee as you might expect but is a fine anytime cigar that is a sublime experience and a fine reminder of why I love cigars.  One of the reasons I created this site is so I could study my own cigar habits over the years.  I have gravitated away from Tatuaje of late and Dunbarton, Davidoff, AVO, and Foundation are the brands I smoke most regularly - and Dunbarton is my favorite of them.  If Davidoff and AVO are the Mercedes of cigars and Foundation is the Ferrari, then Dunbarton is a 1955 Desoto.  Chrome grill and fins all the way.  His cigars are like a time machine for me.  I have picked up more nostalgic aromas and flavors in Steve's cigars than any other brand - and that is an important thing for me.  Smoking one of these reminds me of my Grandma's banana pudding, the box of 'nilla wafers she always had tucked away in the cupboard, her vanilla ice cream and red cream soda floats.  And if a cigar reminds me of her, then I have to say it is most highly recommended.

Strength: Medium-full, if you can believe it for a Connecticut. 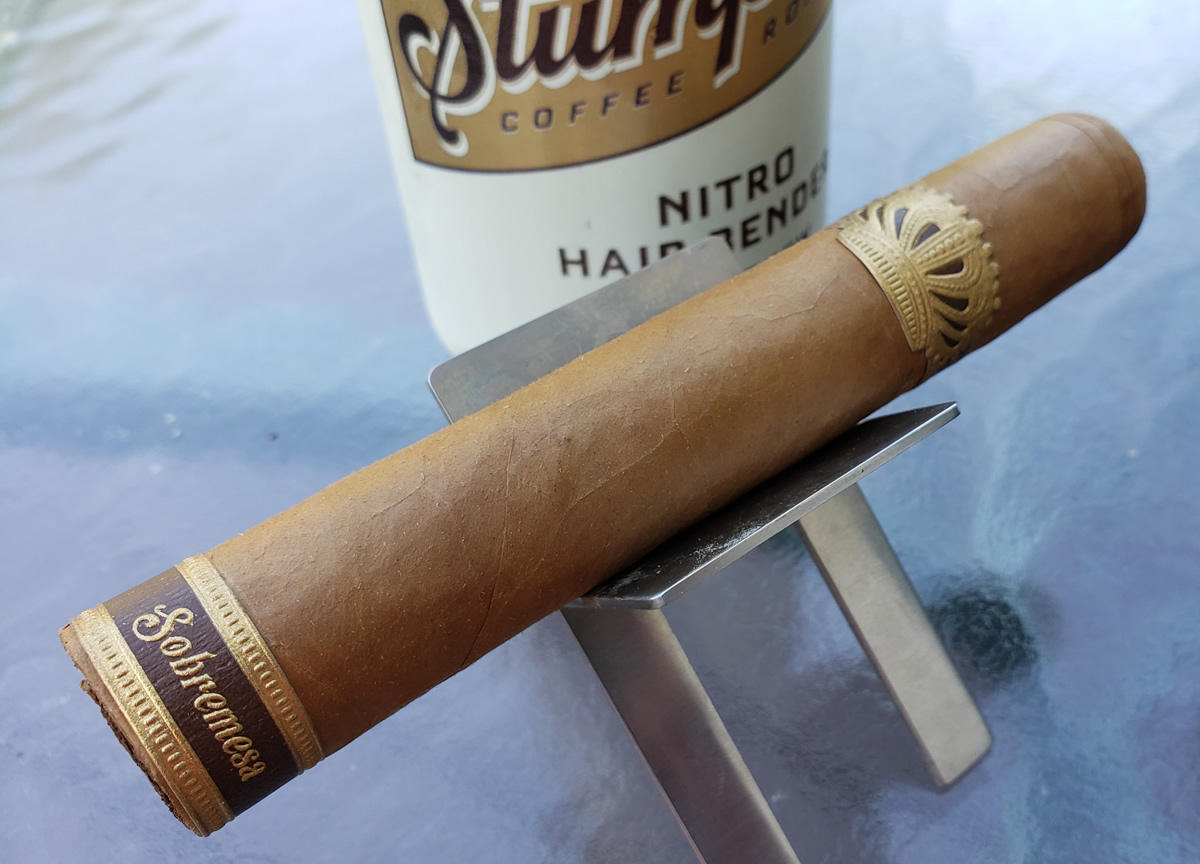 A gorgeous cigar as you can see. 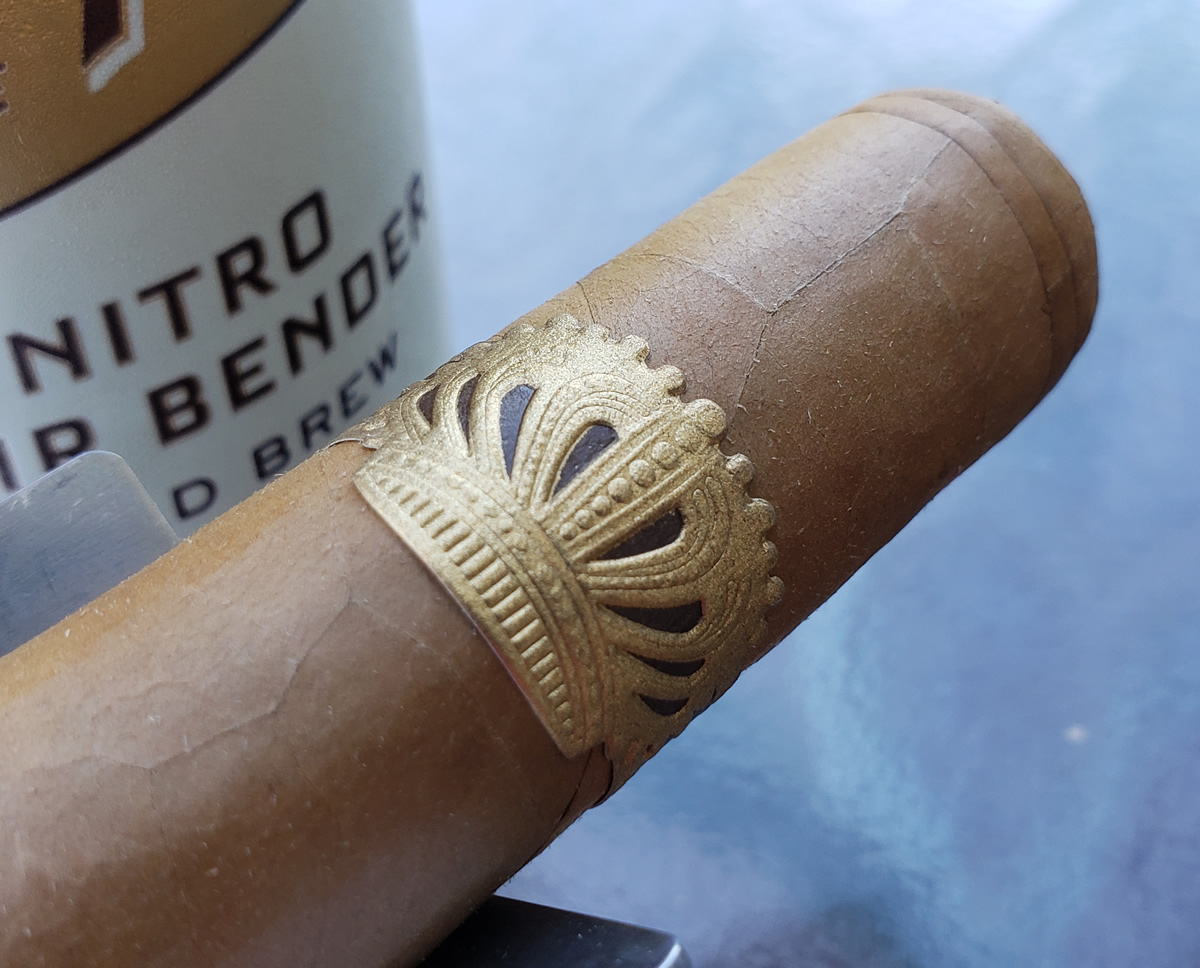 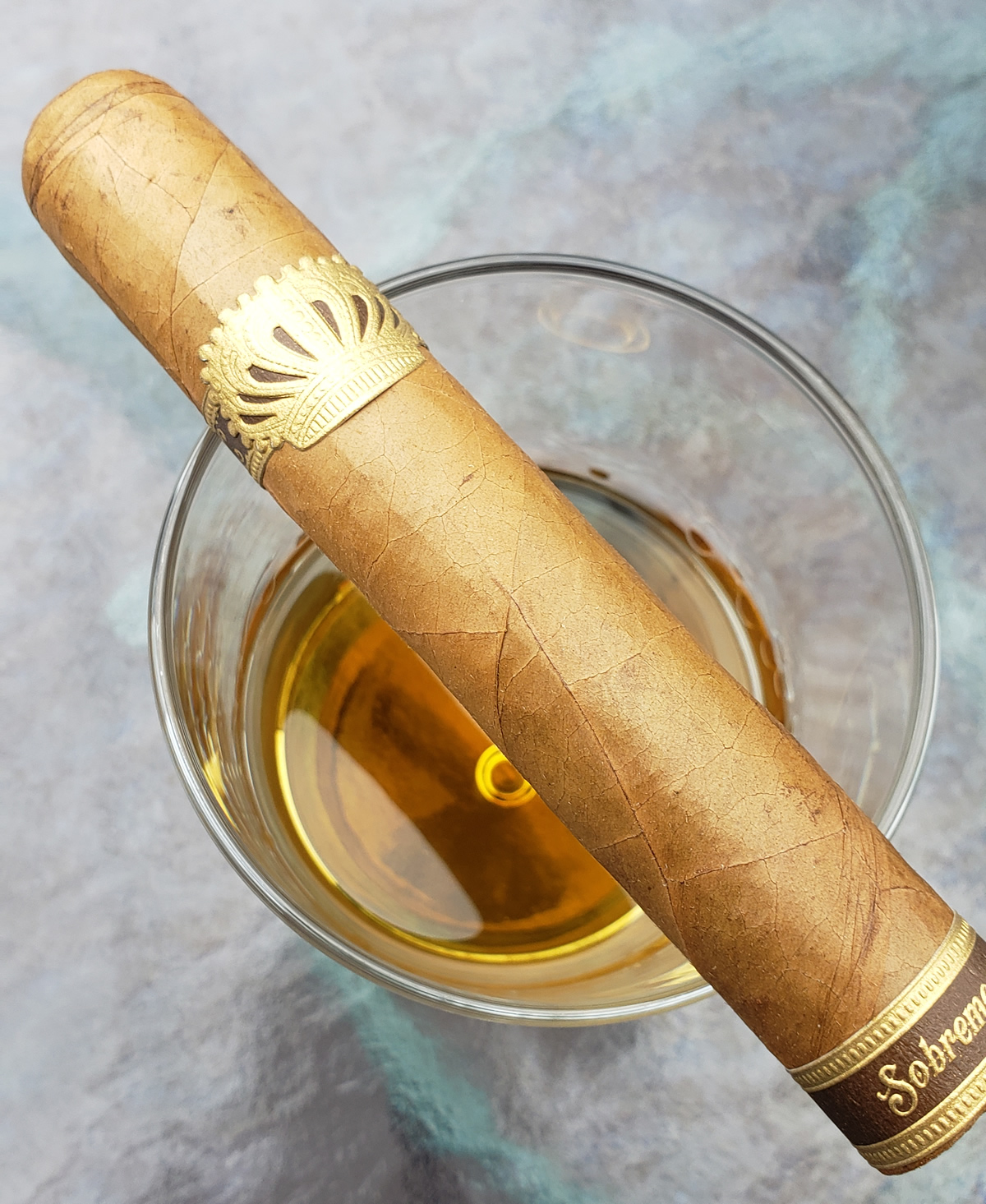 A different night.  The Brulee goes well with Buffalo Trace bourbon too.